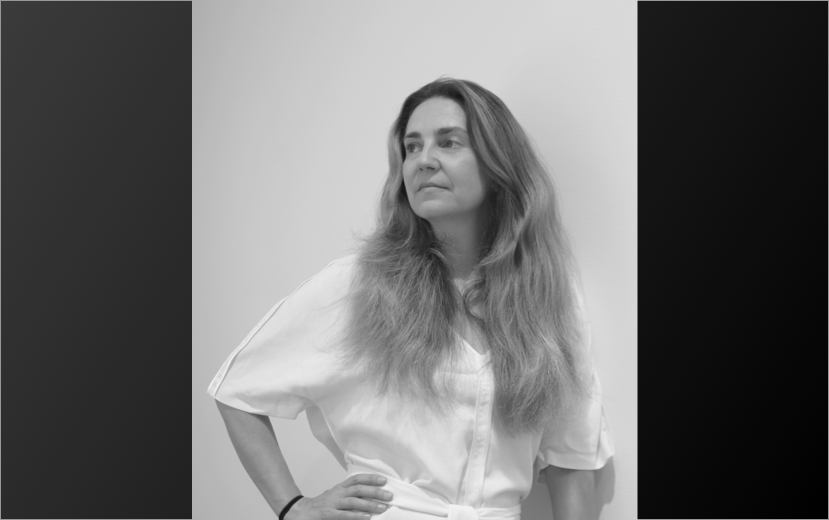 We are so excited to share this week’s Frank Talk with Harriet Salmon! Harriet received a BFA with an individualized major from California College of Arts & Crafts in 2001 and an MFA in Sculpture from Yale University School of Art 2006. She continues to work as a practicing artist and as an arts professional. Her experience includes training as a fabricator and production project manager (she went on to own a small business specializing in mold making), working for 5 years as the Senior Photo Editor at Artforum Magazine and consulting for arts-based programming and nonprofits. She currently is the host and producer of Craftsmanship, a podcast discussing technical skill in the contemporary art world told through the oral history of fabricators. We think it’s great and we know you will too! Check out the website (https://www.craftsmanshippodcast.com) and you can find it on iTunes and subscribe – the interviews are great and share a lot of information about working in the arts. Please enjoy reading Harriet’s Frank Talk!

In undergraduate and for a few years afterwards I worked for a large commercial studio in Oakland, CA called Chiodo Studios that specialized in public sculpture, architectural detailing and costume design. I started in the mold making department where I assisted a very talented mold maker called Gem to mold and cast latex masks (mostly horror and fantasy based). Later I was a designer and character illustrator for them which eventually led to a position at Pixar Animation Studios as a PA for the film Ratatouille. After a little over a year with Pixar I headed back to school for my MFA in sculpture at Yale.

The relationship between visual language and spoken/written language… It’s really difficult to communicate visual subtleties without having an object in front of you to point at and discuss – when that object doesn’t even exist yet, how do people accurately describe what needs to be made? When people use words like “beautiful,” “shiny,” or “big,” what do they mean to them? Of course, I learned more conceptual language in graduate school and later working at Artforum Magazine but this first position, even though it wasn’t in contemporary art, really taught me the nuts and bolts of talking about images and objects professionally.

I’ve wanted to be an artist since I was quite young… maybe even five or six. But I’ve also always had a healthy relationship with the reality of surviving financially as an artist. I realized that if I was going to have to supplement my art practice with another form of income, it should be something I’m passionate about and that I can learn from.

I’m a practicing artist, I’m the host and producer of the podcast Craftsmanship, I’ll be teaching a foundations sculpture class at George Washington University this fall, I curate and I consult for arts-based nonprofits… so a little bit of everything!

I was born in England but grew up outside of San Francisco in the East Bay.

It was great to be so close to San Francisco and Berkeley which have such a strong history with the Bay Area Figurative and Funk Art Movements. I went to California College of Arts and Crafts which meant I had some really interesting exposure to those artists and artworks but I think the Bay Area has struggled with gentrification over the last two decades and has the unfortunate habit of repeatedly squeezing out its artistic community.

Be honest – especially with yourself. So much of the art world is about creating a context for the artworks, I’d say it’s really important to be honest with what you want and what you are interested in and not let all of the context manufacturing distract you.

I’m really proud of the work I did at Artforum Magazine. I was there for 5 years as their Senior Photo Editor with a truly brilliant team of people and stand behind the art criticism we published. I also am really excited to dig into more episodes of Craftsmanship to record the oral histories of contemporary art fabricators. This conversation is one I find missing in art journalism and scholarship and I’m really looking forward to bringing it to the forefront.

My professional experience is in all manner of fields within the art world; fabrication, curatorial, editorial, broadcasting, nonprofits, education. It’s often a challenge to communicate the common thread between all of these roles and express my interest in technique and skill as a conceptual tool.

To be honest- every day is a little different for me, I don’t really have a routine which is just the way I like it! I tend to listen to NPR early in my mornings but it’s not a given.

I worked as a Project Manager at KB Projects on the fabrication of Paul McCarthy’s Chocolate Santa’s at Maccarone Gallery in 2007. We subcontracted some of the chocolate molds to a chocolatier in New Jersey and they were quite a conservative, family business. I had to take a phone call (while in an elevator) with the older owner who didn’t understand why our sculptor hadn’t added texture to the Christmas tree that the chocolate Santa Claus was holding. I had to delicately explain to him that it wasn’t a tree at all, or a Christmas bell, but in fact a butt plug… I then had to explain what a butt plug was as he hadn’t heard of them.

For a good employee and a good boss, I think it’s important to have good listening skills. It takes good communication to have healthy work life relationships and often people just don’t listen to what people are saying. An employee will have valuable information about the project they have first-hand experience with if you just take the time to hear them out and visa-versa. I think many times in creative industries there’s a dangerously large divide between management and production.

Someone once told me always show up on time and be in a good mood… I think if you have these covered almost any other skill can be taught on the job.

Edit and focus the CV for the position you’re applying for. As someone who has worked in a huge range of roles, it can seem scattered and overwhelming to list everything in one CV. My unrelated jobs can always come up as interesting antidotes during a more casual interview conversation.

I found that in the past I’d spend most of an interview selling myself and didn’t take the time to learn more about the position and if it was a really good fit for me. I was too concerned with approval and not about long-term job placement- now I think I view an interview more holistically which has been very helpful.

I really enjoyed the Mathew Barney show at the Yale University Art Gallery. 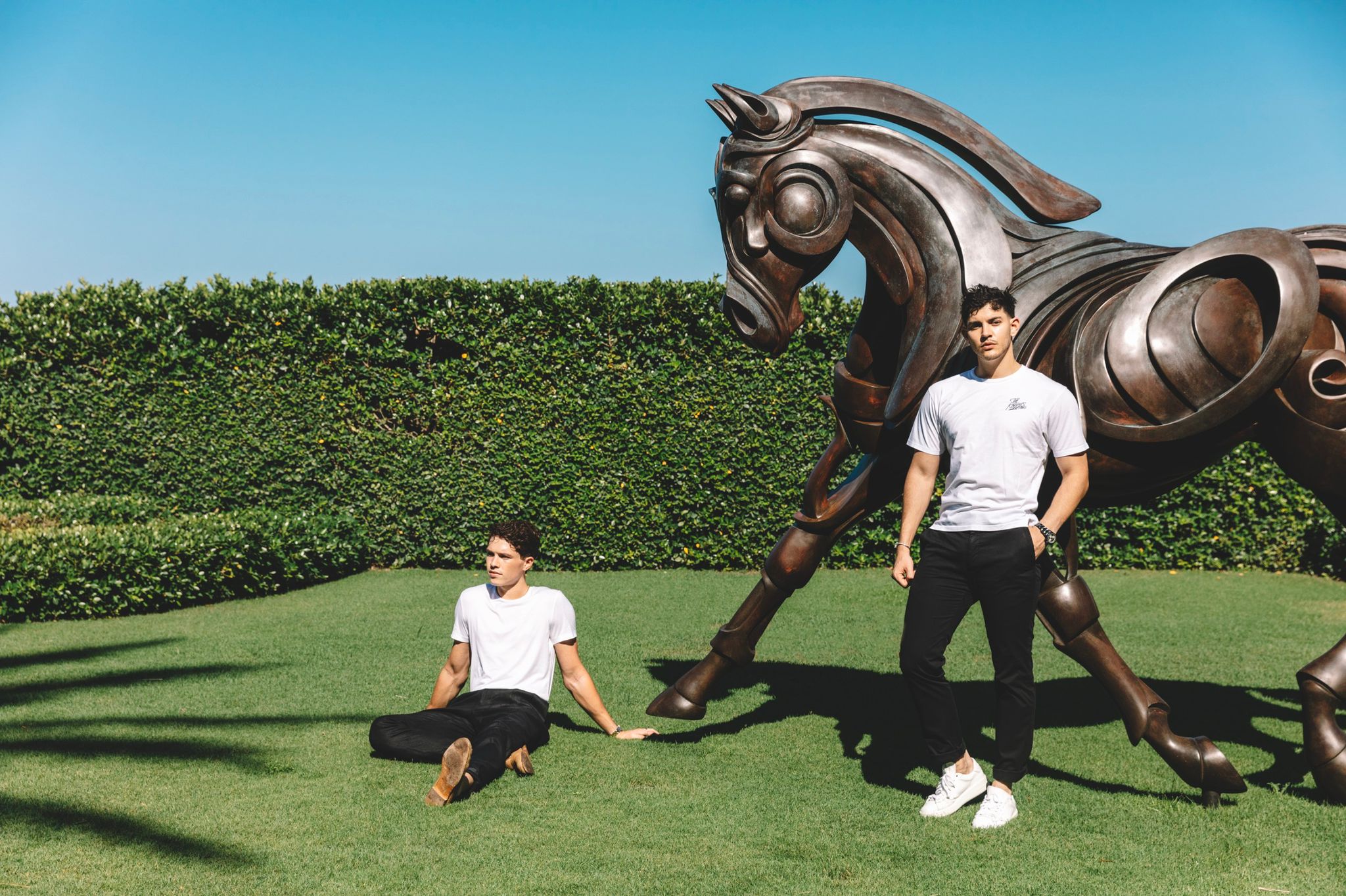