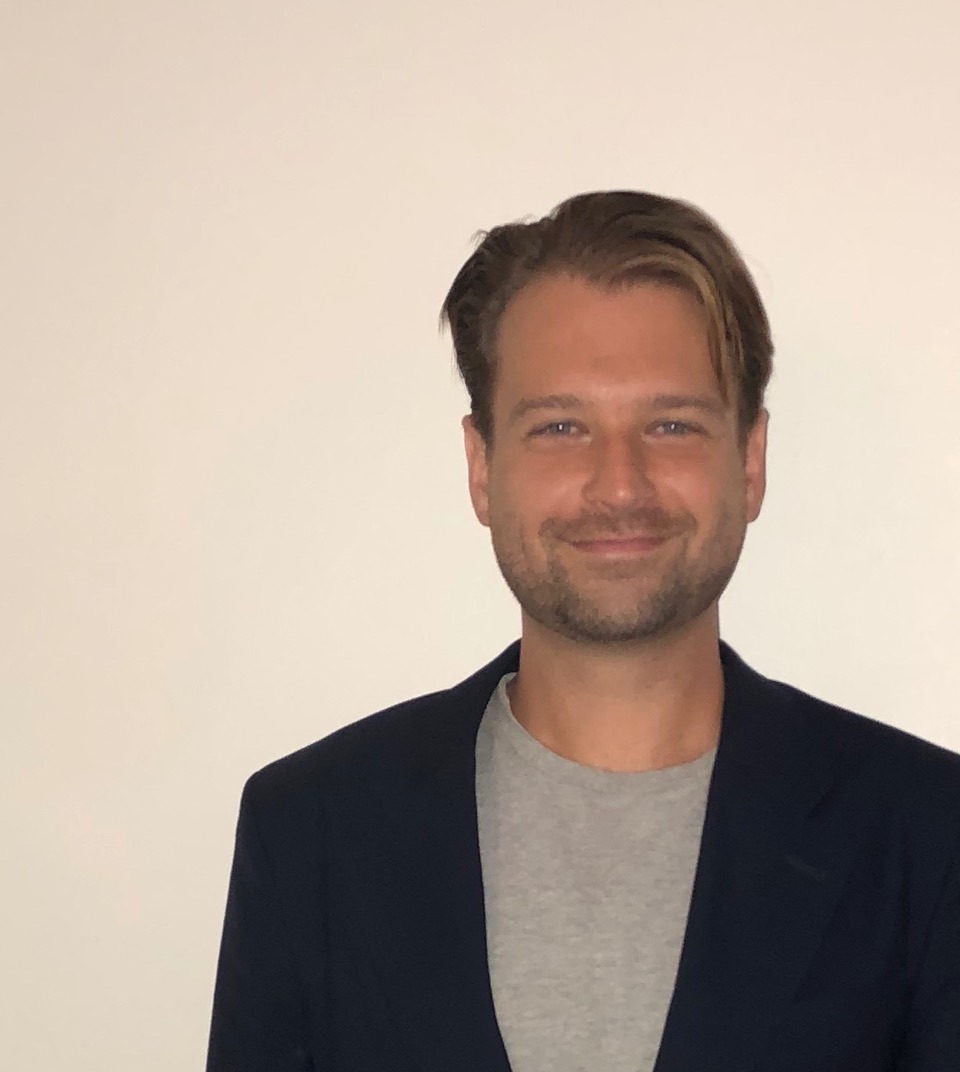 It’s Frank Talk time again, and this week we sit down with the magnificent William Nance! William has worked in contemporary art for nearly 9 years, and currently he is the Gallery Manager at Petzel Gallery. He has held a variety of positions at both for-profit galleries and non-profit institutions. William has worked in curatorial departments, in administrative roles and in events production. For the past several years, he has been focused on large-scale project management for several of New York’s premier cultural institutions. Please enjoy reading this week’s Frank Talk with William!

My first job in the arts was at MoMA PS1. I started part-time, helping out with events and other random administrative jobs like that. Ultimately, they gave me a full-time job, and I feel very fortunate for that.

When I left graduate school, I remember having this naïve belief that everyone that worked in the arts spent their whole day sitting around asking each other what art is.

The most useful thing I learned at my first position is that pursuing a career in the arts meant actually producing something with your labor, and that the most successful people are often the best at producing, whether that be in relation to the promotion of an artist’s career or the production of a physical exhibition, or an event, or a publication.

Maybe the definition of what art workers produce could be broader, and that’s still a relevant question I ask myself. What is the point of having a job in arts? What is it now and what can it potentially be? What should we be doing on behalf of artists and art as it exists in the world? There’s still plenty of room for pondering.

My high school offered a college-level Art History class. It was a standard Art Through the Ages survey, and I was somewhat bored through the first part of it. I was not a good student at that time, but I became completely enamored with the modernist trajectory. I thought of it as this very rebellious undertaking. Imagine a history as old and rigid as human history, and someone decides to put a urinal on display as art. It was outrageous and intelligent. I wanted to be a part of it, and I wanted to commit an act as rebellious as Duchamp.

I guess it’s kind of an odd trait to be a rebellious teenager in the 21st century that’s also obsessed with Le Déjeuner sur l’herbe, but the culture captures people in that way. I’m sure most people in the arts have had a similar fascination with the way art changes over time.

Northport on Long Island. It’s on the North Shore about an hour from the city.

There isn’t really an arts community, but it’s close enough to the city that I think young people that showed an interest in art were encouraged to pursue it as a career.

I hear people say all the time that they were forced into a career that people perceived as more practical than the arts, and I don’t really remember that happening at all. Maybe I just wasn’t listening.

I think that exposure plays an incredible role in what people want to do and what they are capable of accomplishing in their careers.

I’m honestly amazed how these small events have come to shape my career, but like I said, everyone finds themselves fascinated by something. I don’t necessarily want to overstate the significance of arts institutions during a health crisis, but I saw Francesco Clemente at the Guggenheim in the 8th grade. Obviously little moments like that can have a great impact on people so whatever our cultural climate, everyone should maintain some right to this level of exposure. They should fight for that access to cultural spaces. I think that’s relevant to all the conversations we have been having about privilege, and where the financial stability of arts organizations might fit in to that dialogue.

It takes all kinds of work to make arts organizations function. Be willing to take on work outside your comfort zone.

It’s such a competitive field and so many people want to be a part of it. I’m very grateful to the people that have helped me along the way, but I would say I’m most proud of seeing the people that I have helped find their careers progress in the industry.

Whatever it is that draws people to the art world, maybe it’s some innate drive or it’s as simple as cultural capital, but either way, I’m very happy to see those people succeed, and I’m happy to have been in a position to do that for the people that I thought were talented and deserving of a greater voice in the industry.

Working Saturdays, but I’ve made peace with it. We’re all in it together.

So much of what I do is about timelines and due dates. I’m constantly in my calendar looking at one project wrap up while another is just getting started. I always have to decide if we have enough resources to get these turnovers accomplished on time.

You need to try to make everything as regimented as possible knowing that there will be challenges that come up that you are not expecting. Regardless of all the planning, something will always surprise you, and it’s important to respond to that with competence and composure. The times that we are working from home have given us all new kinds of challenges, but I’m glad we were able to make it work. Like I said, there’s always something unexpected to keep the day interesting.

I helped organize a Ladies Muay Thai Fight for the artist Dana Hoey at Petzel Gallery. It was a challenging project with a lot of unknown factors, but also very fulfilling. That’s what I find satisfying about my career in the arts, not just thinking about what art is, but actually putting in the work to make an event as unique as that project happen at an arts space.

Good employees should make challenging work easier through their contributions. Good bosses should recognize the work that people put in to make that happen because it’s taking pressure away from them.

I want to make sure that everyone is working towards making the workplace more efficient. As I said earlier, the most successful people are make projects happen rather than hinder them.

I think this is a similar topic. You can’t make yourself more important by making things harder. I want to work with people that can accomplish challenging tasks and do it with composure.

In an interview, I’m asking for candidates to tell me not just what they’ve done in the past, but how they are going anticipate our needs and solve problems in the proposed position. It’s fair enough to list off previous accomplishments, but I’m most impressed when candidates can diagnose where we need help and how they are going to do that.

If you are really going to make a career out of it then it could be 40 years of work. There will be ups and downs in your rate of progress so it’s important to keep that in perspective.

I think that anyone trying to be successful in the arts should be able to navigate criticism. This is an industry in which the value of the products is rigorously debated by everyone from industry experts to first-year college students. Expect that you will make decisions and that a broad swath of those people will have opinions about it. Fortunately, art isn’t really the kind of thing that’s right or wrong.

There have been far fewer exhibitions in the last year, but I was happy to see Peter Saul at the New Museum. I heard people say it was overhung, but it seemed like an appropriate amount of mania to me.

I also loved Gretchen Bender at Red Bull Studios. Say what you will about a corporate sponsor, but every detail of that show was atypical.

I thought our show at Petzel Downloadable in our online viewing rooms was very smart. So many shows are choosing to make the art appear to be about a pandemic or a political crisis, but I liked that Downloadable was reflecting on the virtual gallery as a format in itself.

Pasta con anchoa is my doomsday-prepper meal. I kept a ton in the cabinet to keep away from the grocery stores when the COVID numbers were peaking.

I have been really into Roky Erickson’s records from the 80’s. I’m also listening to the records the Kinks made in the 80’s. I also really like Elvis’s ‘68 comeback special. Maybe something about a comeback is the subliminal take-away from that answer. 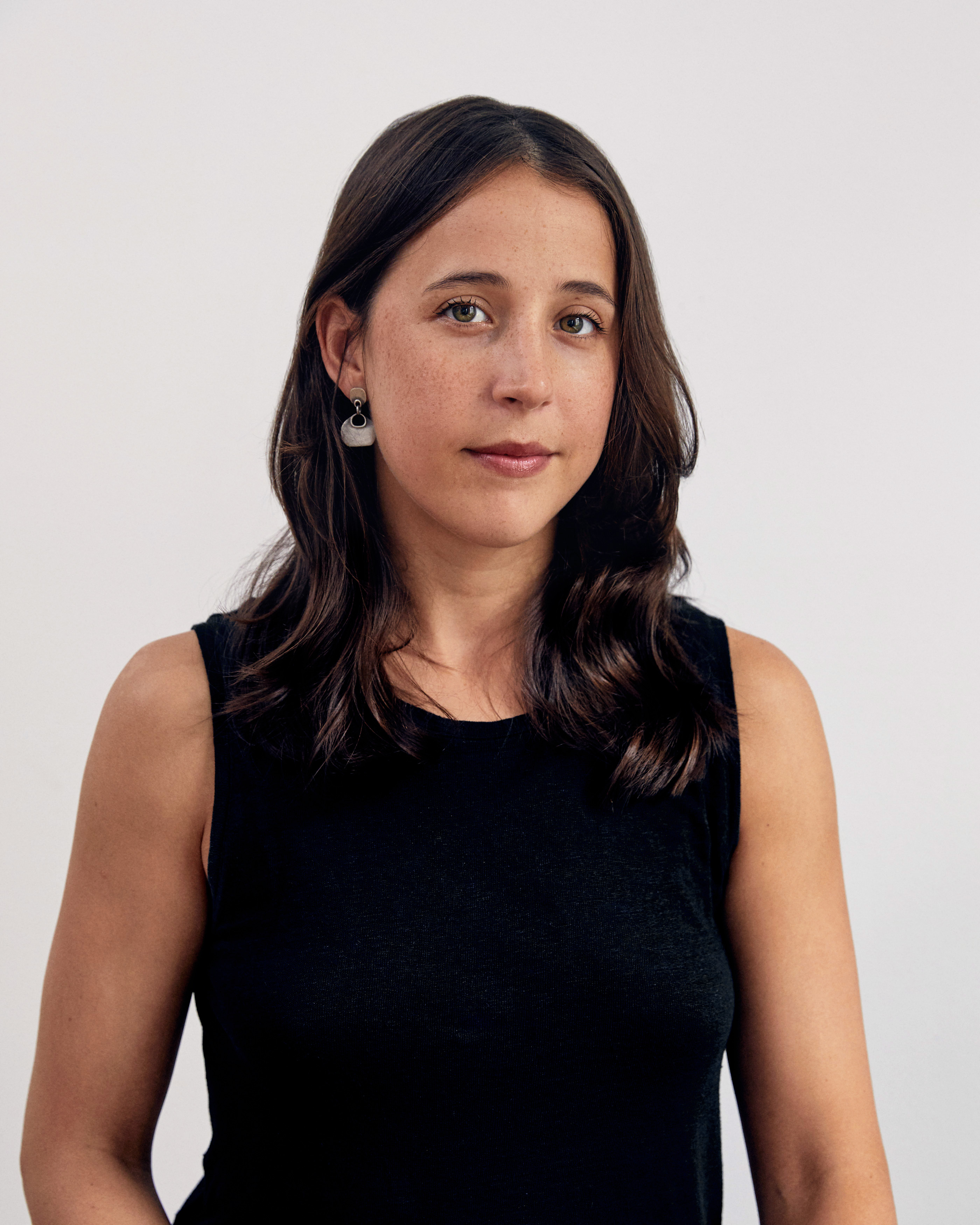 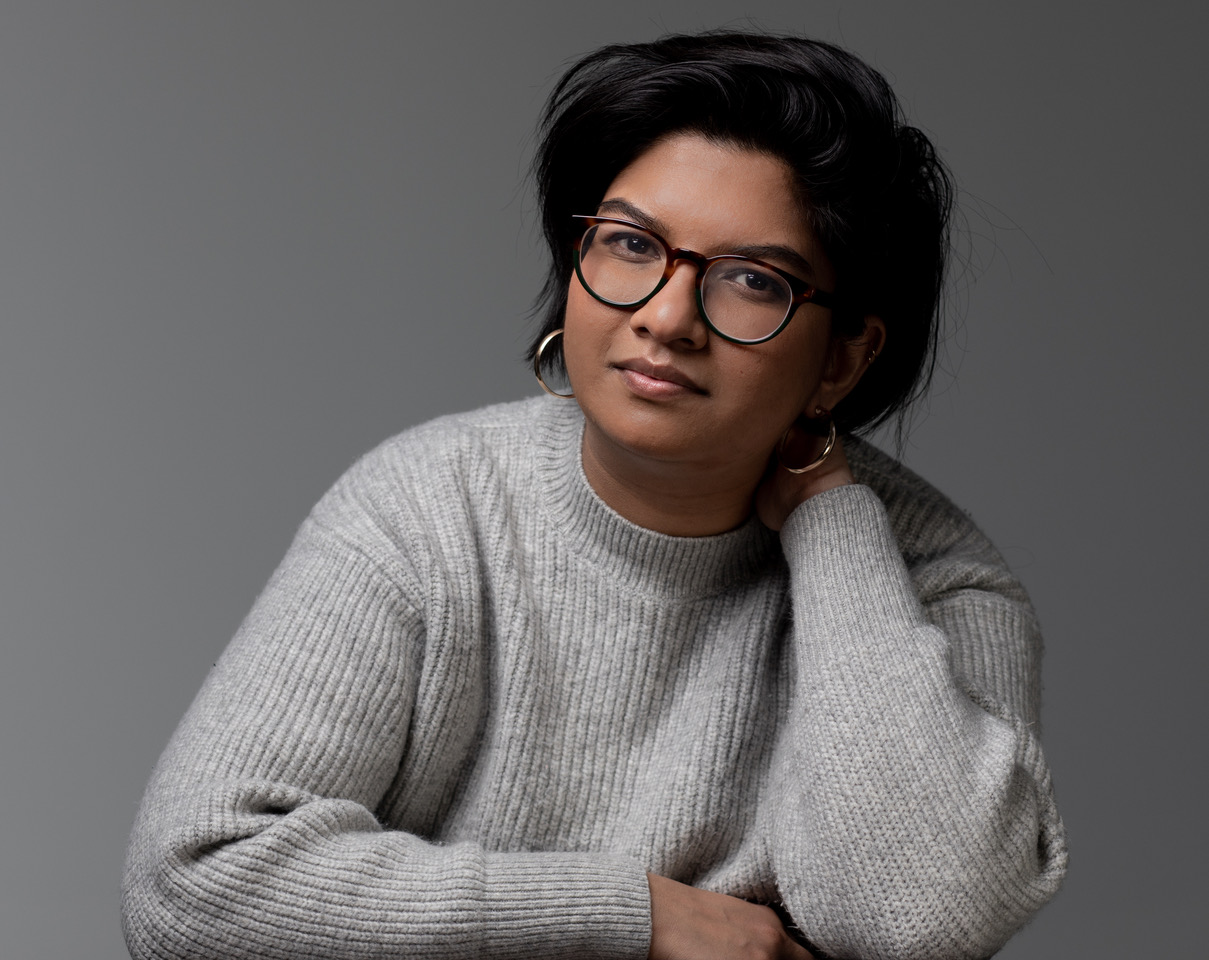 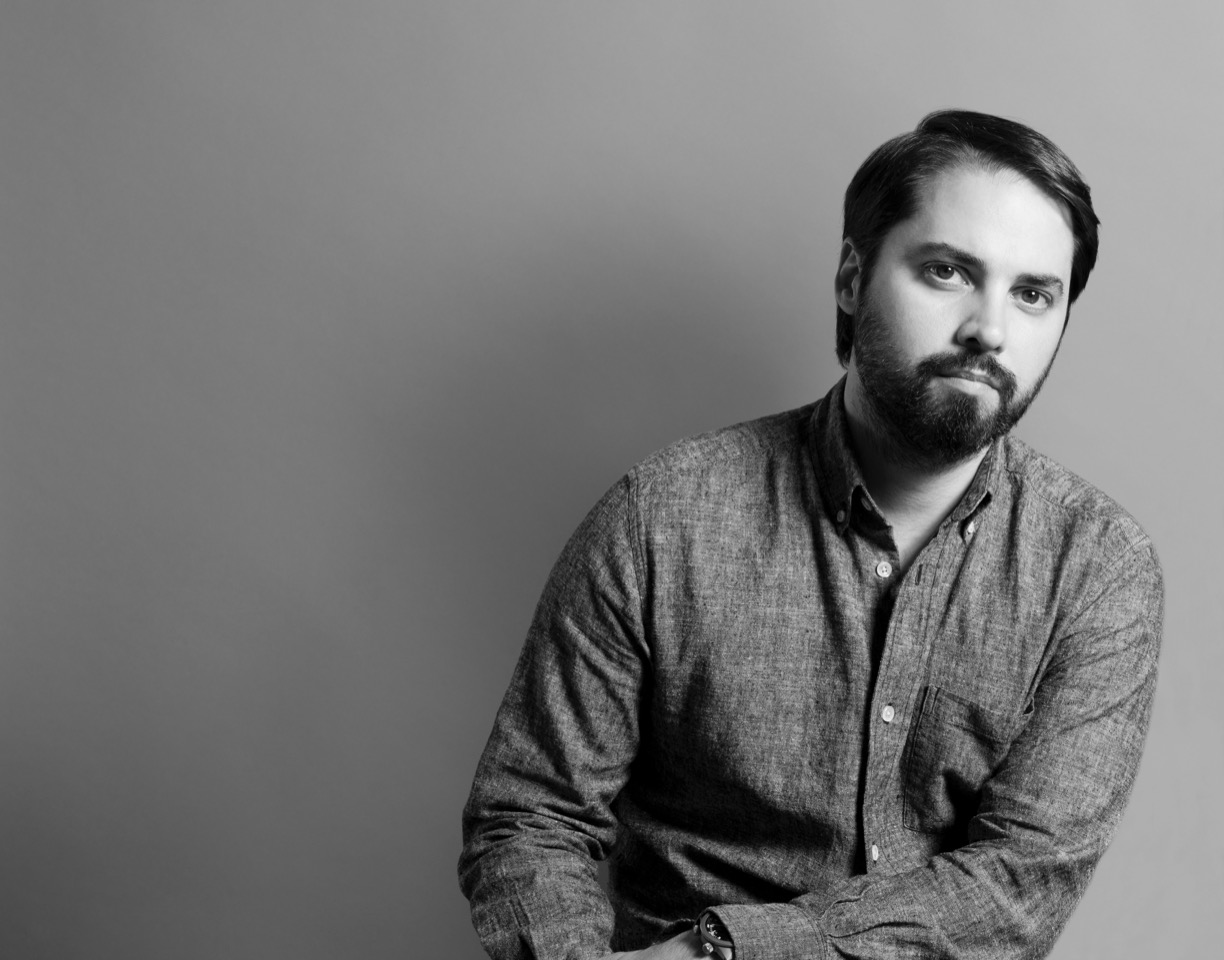