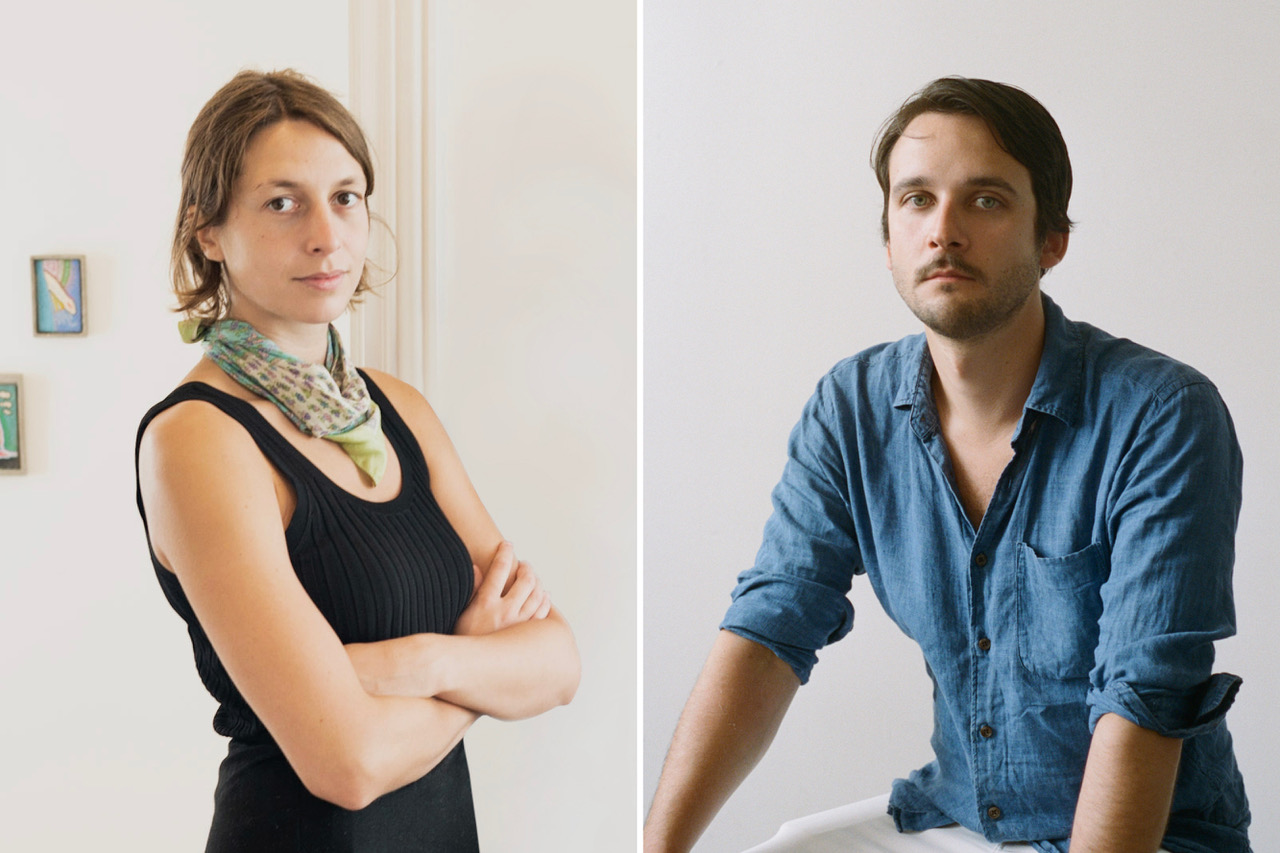 We are elated to bring you this week’s Frank Talk with Ingrid Lundgren and George Newall! Earlier this year Ingrid and George co-founded Winter Street Gallery in Edgartown, Massachusetts, hosting exhibitions of emerging and historical artists. Their current exhibition includes work by Ellen Berkenblit, Katherine Bradford, Tamara Gonzales, Vera Iliatova, and Francis Upritchard. Ingrid received her BA in art history from Barnard College in New York, and prior to opening Winter Street Gallery, worked at Gavin Brown’s enterprise. George received his BA from The Courtauld Institute in London and has worked at galleries and contributed writing to various exhibition catalogues. Together they present 15 years of experience in the art world. In the spring of 2021 they will launch Winter Street Books, a publishing arm of the gallery. Please enjoy reading Ingrid and George’s insightful answers below!

Ingrid: My first internship was at Richard L. Feigen. Frances Beatty was an inspiring person to work for. My first full-time job was at Ceysson & Bénétière. Ellie Rines, the New York director at the time, was (and still is) a great mentor.

George: I was part of a training program at Sotheby’s in New York.

George: Even at the highest levels of a company like Sotheby’s, people are surprisingly receptive to being approached for advice.

Ingrid: Trust yourself and your abilities.

Ingrid: I grew up in a small rural town, and didn’t know anyone who had pursued a career in the arts. I knew nothing about galleries, art advisors, or fairs. But I was passionate about art from a young age. When I was 16, I discovered William Kentridge’s stop motion animations. His work made me infinitely curious about what was possible in art. I changed my college major twice before realizing art history was the only subject I felt truly stimulated by. I’ve come a long way, and it is thanks to my professors at Barnard, notably Alexander Alberro, who helped guide me to where I am now.

Ingrid & George: We are co-founders of Winter Street Gallery, which is located in Edgartown – a beautiful town in an island off the coast of Massachusetts.

Ingrid: Sutton, Massachusetts. I subsequently lived in Providence for 5 years before coming to New York. I still have the 401 number to prove it.

George: London. I’ve lived in New York for the past 9 years.

George: The scene in London is sophisticated, international, and at times cutting-edge. It might be a step or two behind New York in terms of contemporary art, but the world-class museums are in another league.

Ingrid: Sutton is all lakes and woods. It’s not too far from Worcester which has a great museum. When I was living in Providence, I used to go to the RISD Museum and Brown University’s David Winton Bell Gallery all the time. The Providence Athenaeum has a great art book collection, and is a beautiful place to read and research.

Ingrid: Personally, it is less about where I’m from and more who inspired me. My grandmother was a self-taught artist – she used to paint toy boxes, jewelry cases, and lamps with Rosemåling – a form of Norwegian folk art. I used to gaze at them, tracing the lines and patterns. It’s that kind of connection – with people and artists – that shapes what I do.

George: Don’t underestimate the positive value of the people around you.

Ingrid: This seems like a given, but always pay your artists and freelancers on time. The art world does not exist without them.

Ingrid: Opening Winter Street Gallery. Contemporary art hasn’t been especially visible on the island, and so it was something of a leap into the unknown. It has been incredibly rewarding to strike up a dialogue with the local community by showing something slightly different.

George: A couple of years ago, I orchestrated the sale of a Faith Ringgold work to the Whitney Museum. As far as I know, it was the first original work to enter their collection, and the piece itself recounted a racist incident that Ringgold had personally experienced outside the museum in 1968. The acquisition felt like a reckoning by the museum with its own complicated history. Soon after the purchase, the Whitney put the work prominently on display, and I learnt sometime later that Ringgold had been delighted.

Ingrid: Taking time off. I love my job, but it’s important to maintain a balance.

George: Like any industry the art world has its share of volatile characters. Learning to navigate them is sometimes easier said than done.

What is something you do every day at the gallery?

Ingrid & George: Taking a good long look at the artworks we’re lucky enough to be showing.

George: While at Sotheby’s I was briefly assigned to be the liaison between the auction house and the artist Cady Noland. Noland was notoriously wary of executives, and my junior ranking apparently made me well-suited to being her contact person. I would meet Noland every few days at her apartment, bringing mysterious packages back and forth.

Ingrid: I once had to apply for a boss’s apartment that they wanted to purchase. I had just started working with them and was under a lot of pressure. At least now I know how to apply for a loan and buy a home?

Ingrid: A good boss should provide constructive feedback, positive mentorship, and support for employees. A willingness to listen, learn, and change in the seat of authority. As an employee, communication and organization will go a long way. Look to peers in similar roles as you navigate any difficulties that present themselves.

Ingrid: After beginning the job at Ceysson & Bénétière, the hiring manager informed me that I was the only applicant who spelt the gallery name correctly. Attention to detail should not be overlooked.

George: I’ve been told that companies often gravitate towards candidates they anticipate working well with, ahead of, say, a profusion of specific skills or experiences.

Ingrid: In a workplace, don’t be afraid of asking questions if you are unsure about something – just make sure you’ve done your research beforehand. In an interview, if you are feeling nervous or blanking on your answer, a pause can be a powerful tool to collect your thoughts before you speak. Think of it as a conversation, not a rapid-fire flashcard quiz. And be yourself!

George: I can’t say whether I’ve ever given a great interview, however I once read that you need to get rid of your outdoor coat before entering the interview room. Without it, apparently, it’s easier for the interviewer to envisage you as someone who works in the building.

Ingrid: A clear highlight was Ed Atkins’s I Like Spit Now at Gavin Brown’s enterprise. It was one of the first exhibitions I assisted on at the gallery, and Atkins had been one of my favorite artists long before I started working there.

What artwork is in your home office?

How do you think art can play a fundamental role in the world’s recovery?

Ingrid: It can function as starting point – to elicit a moment of reflection, healing, and inspiration. The art world, as it exists now, needs to evolve – but I’d like to think that the people who are in the arts for the right reasons are contributing to the change that we need.

George: I don’t know if one can really make a case for how art “should” be experienced, but history shows that artists usually set the precedent in this regard. I’d definitely welcome a move away from affectless white cube art encounters.

How has your current job adapted to the new virtual landscape? What do you think can be done better?

George: I’m generally a little agnostic when it comes to virtual presentations of art. That being said, I definitely recognize the power of Instagram (for example) as a means to engage an audience beyond your specific location. Unfortunately, we did recently come under fire for excessive use of Comic Sans in story mode.

What is your go to snack in quarantine?

And your go to soundtrack?

Since we are all at home and exploring more galleries and museums online, perhaps some for the first time, when the quarantine is lifted, what is your first art filled destination?

George: I can’t wait to get back to MoMA and see the Donald Judd exhibition again.

It can be argued that the art world is finally forced to adopt and adapt technologies that have long been a part of other industries. Agree or Disagree?

George: Probably true. The art world is typically late to the game in terms of utilizing digital technologies. There are a handful of hopeful exceptions – the See Saw gallery guide, for instance, is a must-have iPhone app.

George: I can say from first-hand observation that evasion and obfuscation rarely lead anywhere positive. 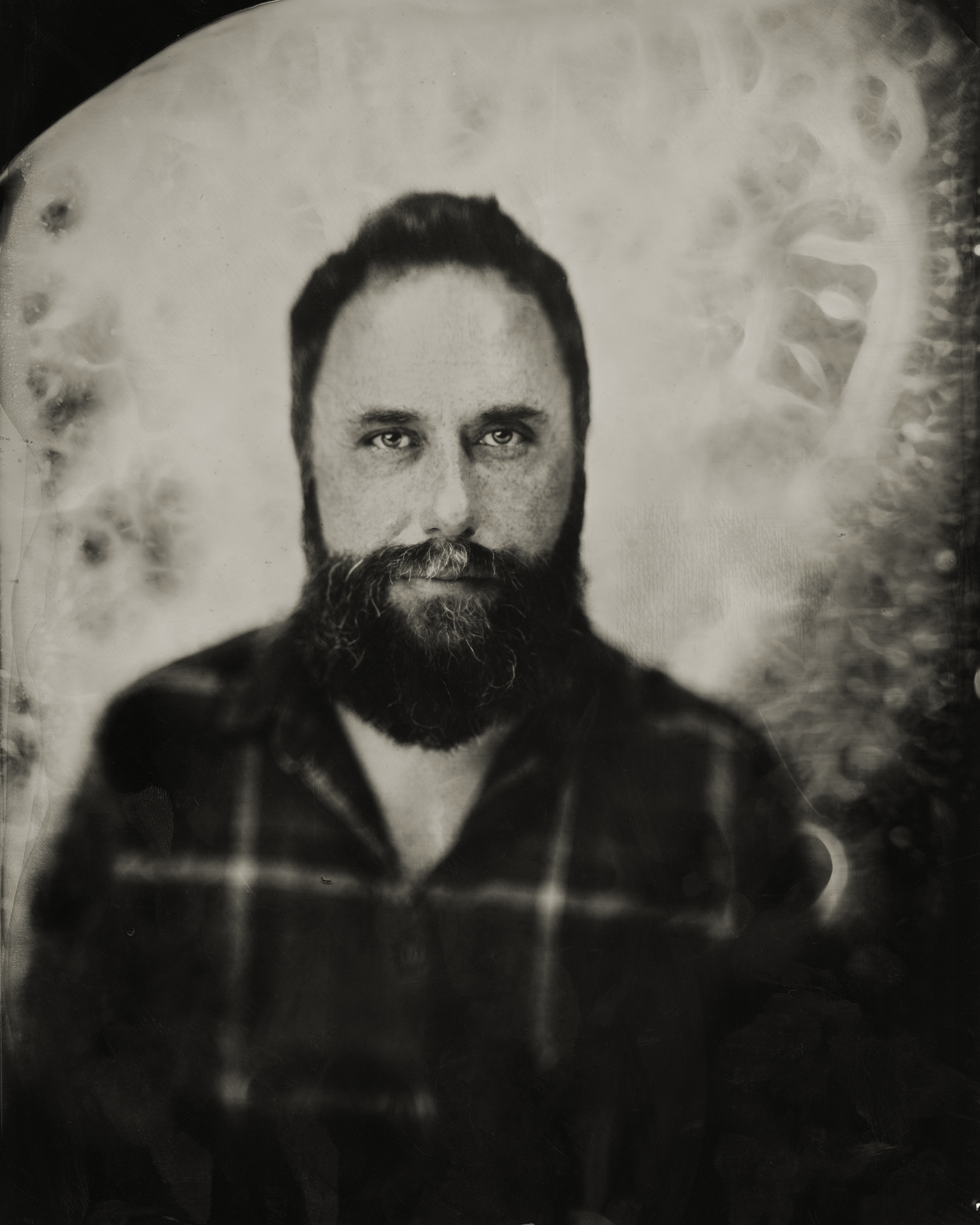 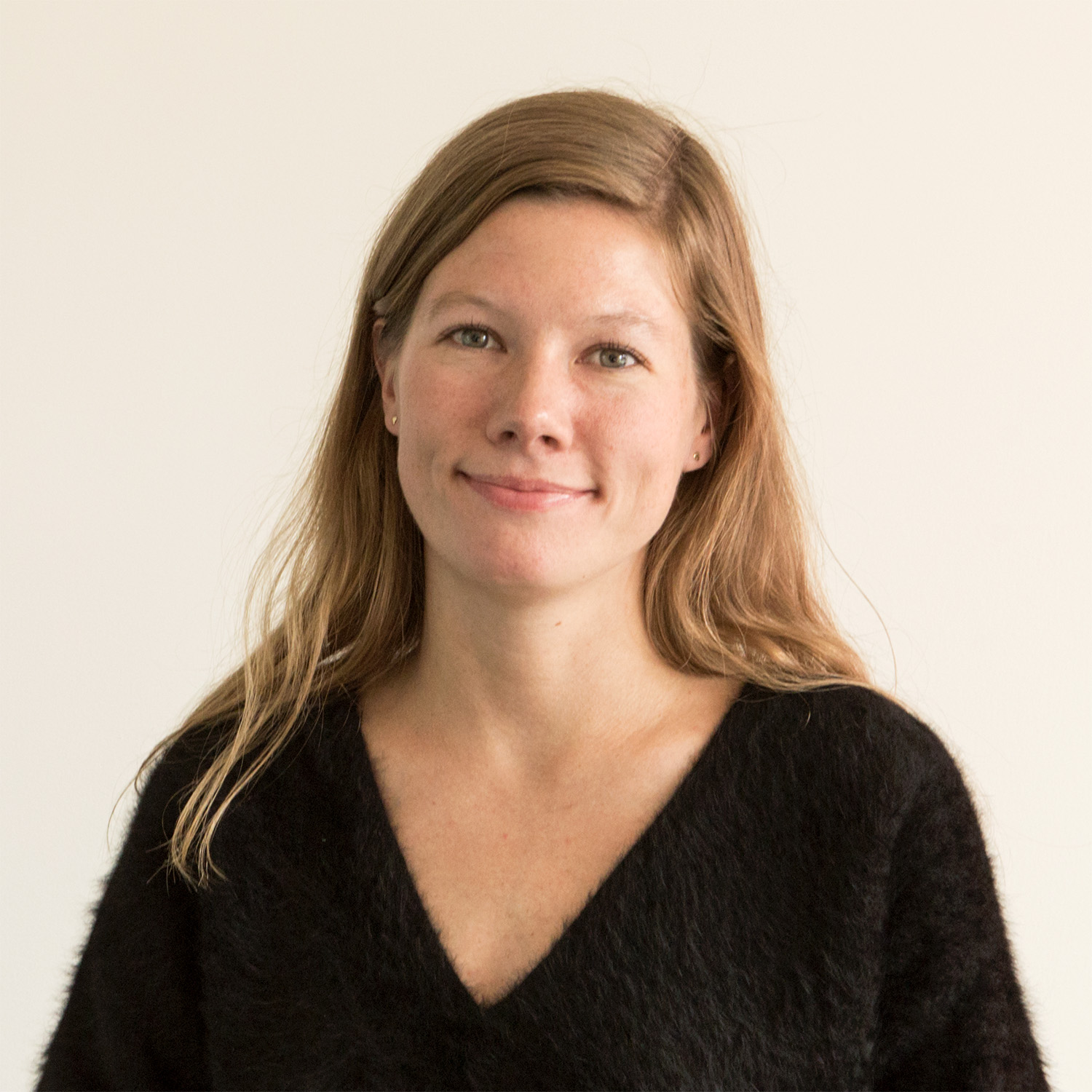 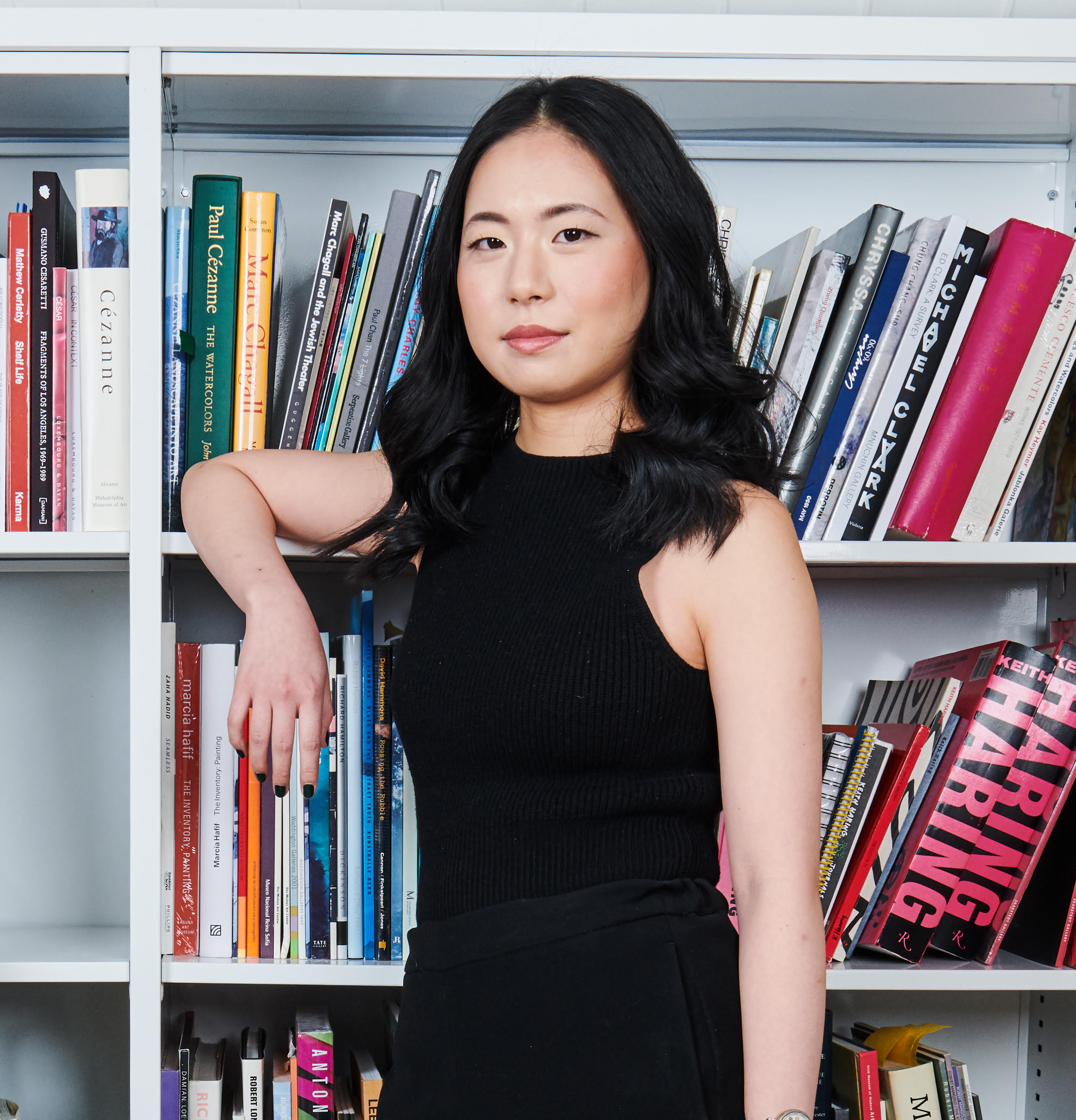 This error message is only visible to WordPress admins
Unsupported get request. Object with ID '17841401984236675' does not exist, cannot be loaded due to missing permissions, or does not support this operation. Please read the Graph API documentation at https://developers.facebook.com/docs/graph-api